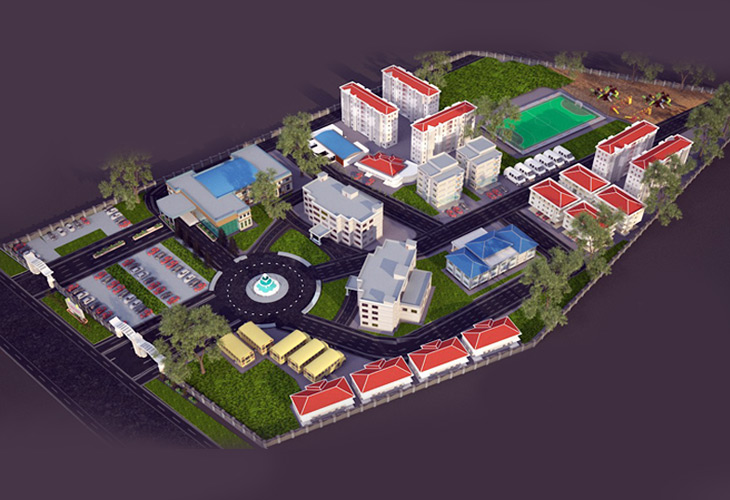 The SJUC is the first private Catholic university which offers a four-year college of arts and sciences in Myanmar. In May 25, 2019, with the approval of Myanmar Investment Commission, it was officially established as Saint Joseph University College or (SJUC).

The SJUC is the result of a further development of Joseph Education Institute (JEI) whose founder is Joseph Win Hlaing Oo @ Kung Za Hmung. The SJUC is committed to providing Myanmar with four-year Bachelor of Arts and Sciences degrees that students, faculty and the nation can be proud of.

The University is an international community of scholars, enlivened by Christian inspiration, engaged in the pursuit of truth and knowledge, serving the human society, especially through the creative use of interdisciplinary approaches and cybertechnology.

Faithful to Catholic Faith, the Saint Joseph University College envisions itself as a premier Catholic institution of learning in Myanmar, Asia, committed to the professional and moral formation of her stakeholders for social transformation.

The SJUC, in pursuit of truth, guided by reason and illumined by faith, dedicates herself to the generation, advancement, and transmission of knowledge to form competent and compassionate professionals, committed to the service of the Church, the nation, and the global community.